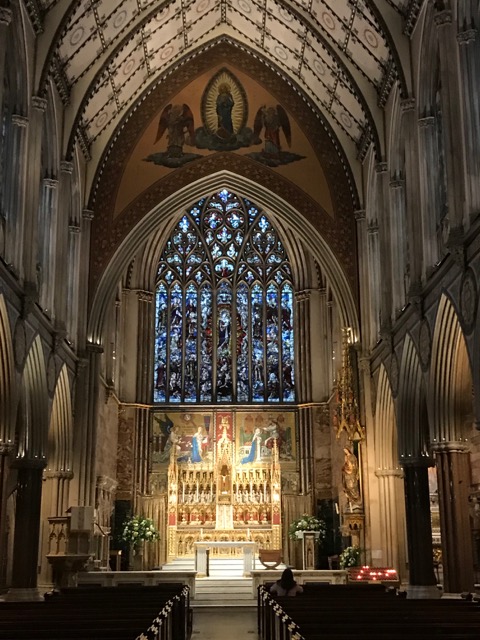 The Victorians loved the medieval. The ‘gothic revival’ actually started earlier – in the late 1700s/early 1800s as a reaction to classicism – but it was mid-century that saw it flourish.

For many, this architectural style is far too ‘fussy’ – there is just too much detail, colour, decoration, too much of everything. But despite the best efforts of many architects, planners and developers in the mid-20th century, much of the Victorian Gothic survives. Think of the work of George Gilbert Scott – the Midland Hotel at St Pancras; St Mary Abbot’s, Kensington; the Albert Memorial – or Street’s Royal Courts of Justice, or the elaborate detailing outside and inside the House of Parliament.

Just a bit earlier than all of these is the wonderful Church of the Immaculate Conception in Farm Street, Mayfair (known as ‘the Farm Street Church’). Designed by the architect Joseph John Scoles for the Jesuits, and built between 1844-49, so not long after the 1829 Catholic Emancipation Act allowed for the building of new Catholic churches, it is absolutely sumptuous inside. In his book England’s Thousand Best Churches, Simon Jenkins says “Not an inch of wall surface is without decoration, and this in the austere 1840s, not the colourful late-Victorian era.” Of particular interest are the Salviati mosaics (who also did the mosaics behind the High Altar in Westminster Abbey) and the Pugin-designed High Altar. 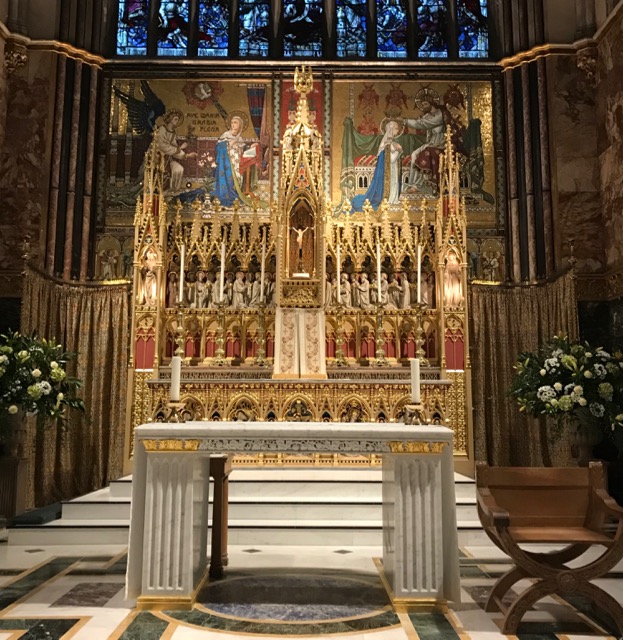 Pugin (1812-1852) was the genius behind the decorative elements of the rebuilt Houses of Parliament, working himself to a complete mental breakdown in the process. He spent time in the Bedlam hospital (now the building that houses the Imperial |War Museum), literally across the road from St George’s Cathedral – which he had designed and in which he had been married.

The Farm Street church can be entered either from Farm Street, or via the rather lovely Mount Street Gardens.

To get more like this, sign up for my newsletter. Every month (or so) I’ll send you the latest posts from the site, and some of the most popular bits of the archive.