A short piece I did for Essential Surrey on Putney’s history, and some of the famous people associated with the area. 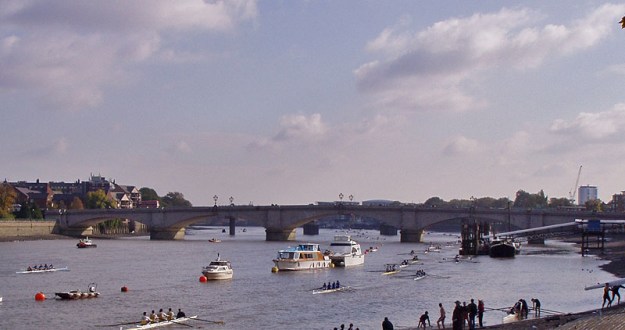 Now a thriving, popular and leafy suburb of London, Putney is recorded – as ‘Putenhie’ or ‘Putelei’ – in the Domesday Book as a ferry and a fishery, and for much of its history was a small village well outside the orbit of the capital. Despite this, it has produced or been the home of a number of people who had a significant impact on the country.

This includes Thomas Cromwell, the ‘enforcer’ to Henry VIII who rose from being the son of a Putney blacksmith to the King’s Chief Minister. It was Cromwell who pushed through the break with the Catholic Church and the dissolution of the monasteries, and Cromwell who was the moving force behind the executions of Anne Boleyn and Sir Thomas More. He met the same fate himself in 1540, when Henry had him beheaded on Tower Hill, after Cromwell had arranged Henry’s marriage to Anne of Cleves, and Anne proved to be less attractive than her portrait (Henry is said to have called her ‘The Flanders Mare’.)

Cromwell is the anti-hero of Hilary Mantel’s Booker Prize-winning novels ‘Wolf Hall’ and ‘Bring up the Bodies’ (the third in the trilogy is due out this year), and Mantel unveiled the Putney Society’s plaque to Cromwell at Brewhouse Lane in 2013. However, all the historical evidence indicates that the home of his father was almost a mile away, on the fringes of Putney Heath, possibly on the present site of the Green Man pub, so why the Society chose the spot it did is something of a mystery.

Cromwell isn’t the only politician associated with Putney. William Pitt (“the Younger”), Britain’s youngest-ever prime minister when he was elected to the office in 1783, lived and died at (the now long gone) Bowling Green House to the north of the Heath. The politicians of the time seem to have had a more robust way of settling arguments than our present leaders: in 1798 Pitt fought a duel on the Heath against fellow MP George Tierney (neither man was injured), and another duel took place close to that spot in 1809 between Viscount Castlereagh, the war minister, and George Canning the Foreign Secretary. Canning took a bullet to the thigh, but recovered to become Prime Minister in 1827. 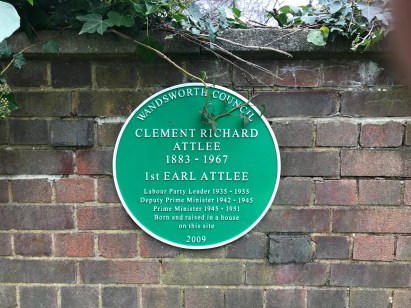 Altogether less dramatically, Putney is the birthplace of Clement Attlee, leader of the Labour Party from 1935-55, Deputy Prime Minister in WW2 under Churchill, and PM in the radical 1945 Labour Government that brought in the NHS. The house where he was born and grew up in Portinscale Road no longer stands, but its site is marked by a Wandsworth Society Green Plaque.

But perhaps the politician that Putney has most reason to be grateful for is Sir Robert Walpole, Prime Minister from 1721 to 1742, as it was his government that built the first permanent bridge at Putney. At that time there was a ferry across the river, and the story is that one evening as Walpole was riding back from a meeting with King George I in Kingston, he came to the crossing to find that the boatman was in the Swan Inn over the river and couldn’t, or wouldn’t, come out to take the PM to the north bank. Annoyed, Walpole vowed to have a bridge built so that he wouldn’t be inconvenienced again. Whatever the truth of the story, a wooden bridge was built by 1729, putting the ferrymen out of business.

In 1795 the bridge was the scene of the attempted suicide of Mary Wollstonecraft, the proto-feminist author of ‘The Vindication of the Rights of Women’. In despair after the breakdown of a relationship, she jumped into the Thames, but was rescued and resuscitated by a boatman. The following year she married the philosopher William Godwin and gave birth to a daughter, also called Mary, who went on to marry the poet Percy Shelley and wrote ‘Frankenstein’.

The bridge – the present one dates from 1886 when the wooden original was replaced by the Victorian engineer Sir Joseph Bazalgette – is unique in England in that it has a church at either end. At the Fulham side is All Saints, and Putney has St Mary’s, which has been there since at least the 12th century. In 1647, at the end of the English Civil War, St Mary’s was the scene of the ‘Putney Debates’, when a group of radical soldiers pushed for democracy – one man, one vote (it was only for men), freedom of conscience, freedom from conscription and equality under the law. Inscribed in the church is a quote from one of the self-styled ‘agitators’ Thomas Rainsborough, “For really I think that the poorest he that is in England hath a life to live, as the greatest he.” The church also has a grey, granite memorial to the soldiers, and an interesting exhibition about the Debates and their aftermath*.

So despite being a small village for most of its history, Putney can claim to have played a role in the Dissolution of the Monasteries, in the foundation of the Health Service, the clamour for better human rights and even the existence of one of the classic horror novels. Not a bad record for just one postcode.

(* St Mary’s also has this of perpendicular gothic that I didn’t know exisited – the chantry chapel for Nicholas West, Bishop of Ely (1461-1533), chaplain to Henry VII and Catherine of Aragon, in St Mary’s church, Putney. Built around 1530, it was moved to its current spot in the church during 19thC restoration. West was born (and probably baptised) in St Mary’s. Perpendicular gothic is an architectural style unique to 16th century England – you can see exceptional examples in the Henry VII chapel at Westminster Abbey, at St George’s in Windsor, and at Canterbury Cathedral amongst other places.) 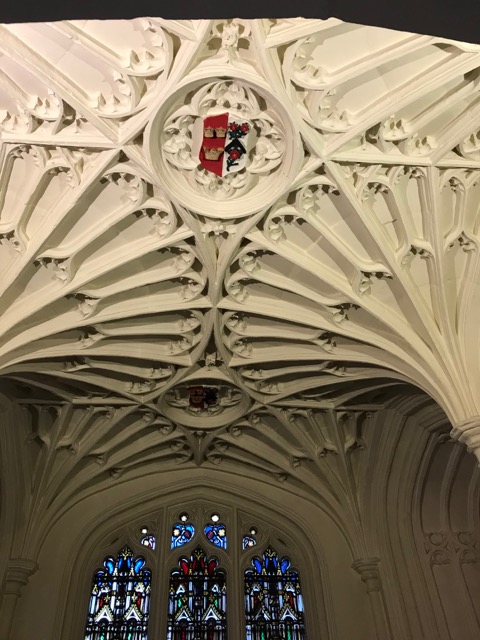