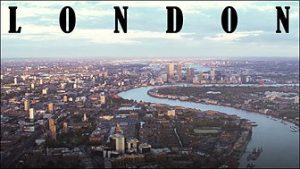 If you’re at all interested in the recent history and culture of London (and let’s face it, if you’re not you really have come to the wrong place) you should head across to the BBC iPlayer.

Simon Jenkins has curated BBC documentaries from the 1940s through to the early 1990s – some personal views, some behind the scenes at various London institutions – which give a wonderful encapsulation of a lost London. Because London is always ‘lost’ – the city is so varied and moves so quickly that trying to preserve some aspect of it runs counter to its very nature. Or as Ian Broad, the proprietor of the Colony Room Club says in John Pitman’s 1985 programme about Soho – “Of course it isn’t what it used to be; but it never ever was what it was”.

That Soho programme is one of my favourites, but then I’ve only just scratched the surface of the treasures in this collection. There’s Clive James’s Postcard from London, which includes the long gone Stanley Green, the ‘less passion from less protein’ man who trudged up and down Oxford Street for nearly 25 years; you can see inside the old Stock Market, or Billingsgate a quarter of a century ago, or Kenneth Williams showing us around Bloomsbury back in 1975.

All gone, long gone, and replaced – not necessarily by something better, just by something different, and in 30 years time we’ll be just as nostalgic for what we currently ignore.

Whatever you’re doing at the moment is much less interesting than these programmes, so go there right now and start watching.  You’ll thank me for it.