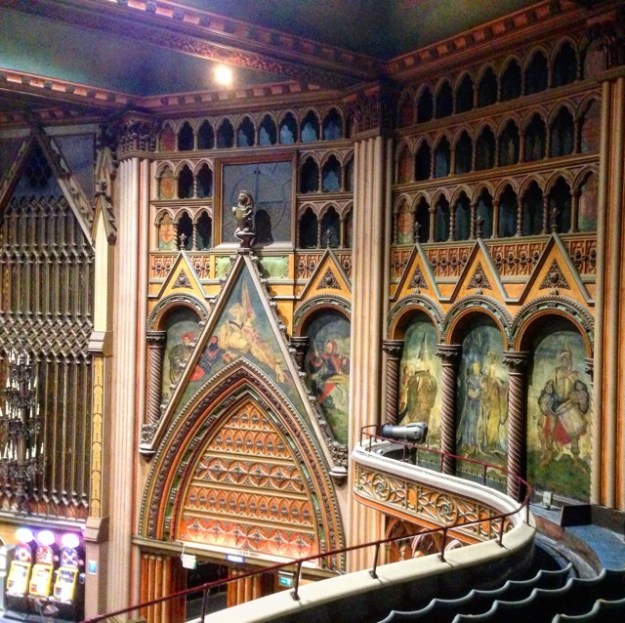 “Miss the Tower of London, if you have to, but don’t miss this” wrote Ian Nairn in his 1966 guide, Nairn’s London. A Nash terrace? A Wren church? No – the inside of Buzz Bingo in Tooting.

Of course, Nairn din’t know it as a bingo hall, but as the Granada cinema, and it dates from 1931, a sumptuous expression of Art Deco design (interiors by the Russian-born director and designer Theodore Komisarjevsky) that now has Grade I listed status.

It was a monster auditorium that could seat 3,000 patrons, the owner of the Granada chain, Sidney Bernstein, reckoning that the transport connections of Tooting Broadway’s multiple bus routes, underground station and the nearby overground would pull in customers from across south west London and beyond (at that time the border of the county of London and Surrey was close by, and Surrey did not permit cinemas to be open on Sundays, while London did). END_OF_DOCUMENT_TOKEN_TO_BE_REPLACED