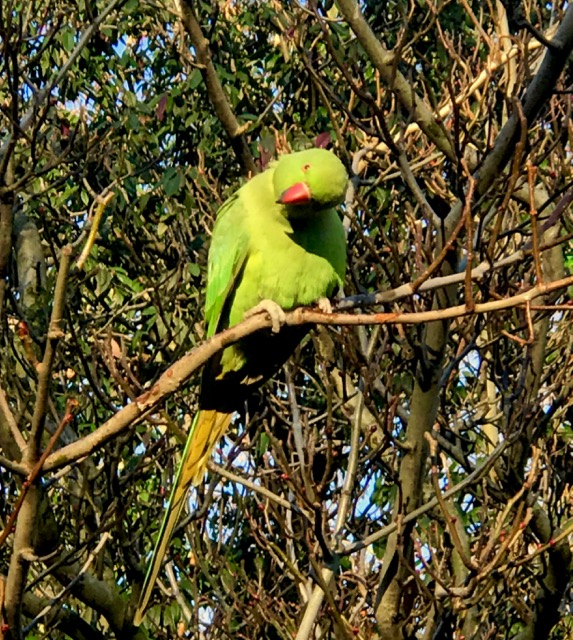 Perhaps 15 years ago, I was sat by the river in East Molesey, just past Hampton Court. Across the water the trees on the opposite bank were full of bright green parrots, the first time I had seen these now ubiquitous London birds.

Two or three years later they started appearing in Richmond Park; less than ten years ago the first colonists put in an appearance on Tooting and Clapham Commons. They now cover the city, west to east, south to north, their characteristic squawk being heard in all of London’s green spaces, as literal flocks of them cross the skies. It’s estimated that there are now anything up to 30,000 of them, with the population growing rapidly. END_OF_DOCUMENT_TOKEN_TO_BE_REPLACED