This review was originally published on the Essentially Surrey website in November 2018.

Konstantin wants to be a writer, but his work is ridiculed by his mother Irina, a famous actress. Irina (Lesley Sharp) is in love with Boris (Nicholas Gleaves, Sharp’s real-life husband), who is a famous and successful writer, who becomes infatuated with Nina, a local girl who wants to be a famous actress; Irina is jealous of both that relationship and Nina’s youth. Konstantin is in love with Nina, so is jealous of Boris. Running parallel to this, Pauline, the wife of the estate manager, is having an affair with Hugo, the local doctor, while Pauline’s daughter Marcia loves Konstantin, but marries Simeon, a schoolteacher, as she knows Konstantin will never love her.

It sounds like the plot of a farce, but Chekhov’s play is a tragicomedy, following these destructive relationships through the seasons, from the optimism and promise of spring to winter’s cold and bitter conclusion – suicide, betrayal, adultery, madness and failure. As we follow the characters on this journey we hear them meditate on the nature of art and of theatre, and on modern concerns of fame and celebrity.

This new adaptation by Simon Stephens, directed for the Lyric by Sean Homes, is good, but not exceptional. There are some excellent performances (particularly from the older members of the cast), the staging looks and sounds wonderful, the updated dialogue flows well – but overall it’s less than the sum of its parts. The younger members of the cast are generally unconvincing and the play feels too long, the second half in particular failing to move as quickly as it ought. The pace is also interrupted by long scene changes between acts (so long, in fact, that the director has backlit them like a ghostly shadow performance to try to keep the audience involved). 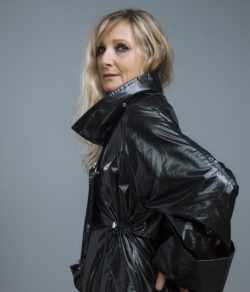 As Irina, Lesley Sharp steals whatever scene she is in, communicating the vanity, self-absorption, and superficiality of the character. This is a mother who seems to care nothing for her son (a reminder to her of her age), only occasionally revealing some genuine concern for his emotional state, but most of the time almost playing a role of ‘the mother’. Her fame is more important to her than he family and her ego needs constant flattery and reassurance.

Paul Higgins as Hugo, the intelligent and emotionally semi-detached doctor, effortlessly generates laughs (this is a tragicomedy remember). While superficially world-weary and cynical, he is one of the few characters to offer help and encouragement to anyone else, whether that’s praising Konstantin’s play, commending Nina on her talent, or trying to help Peter (Irina’s brother, well played by Nicholas Tennant) come to terms with his illness and mortality. When at the end of the play Konstantin shoots himself – unhappy with his writing, rejected by Nina – Hugo’s first thought is to protect Irina.

The modernising of the text and setting in modern dress is broadly successful, but at times leaves the staging adrift between two eras – there’s an electric guitar, for example, but everyone is reliant on horses and carriages to get them into town. Similarly, the staging isn’t specifically set in Russia, but much of Chekhov’s drama is dependent on the isolation of that vast country and how the characters feel remote from the life, culture and society of Moscow; these people are thousands of miles from ‘civilisation’ not spending a weekend in Gloucestershire. That sense of remoteness is necessary to power the affairs and the jealousies and emphasise the sense of failure that many of the characters have.

Chekhov is such a great playwright that any production of his work has humour, drama, tragedy, and characters that one can both identify with and believe in. This Lyric production is worth catching, but one comes away with the sense that it could have been so much better.